[New research on the stimulation of the pituitary-adrenal axis by the oral administration of a sulfurated terpene.]

In a previous study (Thérapie. 1958, 13 (3) :527-37), the authors demonstrated histologically on guinea pigs and bioclinical on inpatients, the significant functional stimulation that sulfo-terpene carries on cortico-adrenal stimulation characterized:

In this new study, which aimed to clarify the mode of action, the authors carried out:

Here are their conclusions:

You can read the following links for more information: 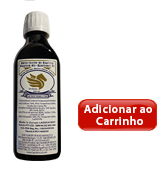